New Jersey Gov. Phil Murphy is looking to capitalize on the recent controversy surrounding Georgia’s new voting law, penning a letter to Hollywood film studios, including Disney, Netflix, and Warner Bros, in an effort to lure them to the Garden State.

“I’ve watched the recent decisions coming from the Georgia State House with disappointment. Restricting the right to vote is more than just wrong, it’s un-American,” Murphy wrote Thursday. “These voting restrictions have thrust Georgia into the national spotlight, with the vast majority seeing the State’s decision as an attack on people of color by a Governor and Legislature willing to do anything to stay in power.”

Murphy touted New Jersey as “one of the best states in America to live, work, and play,” while slamming Georgia for implementing “new ‘Jim Crow 2.0’ policies.”

“New Jersey has become one of the most economically attractive and socially progressive states in the country, particularly for the entertainment industry,” Murphy said. “Our new $14.5 billion economic incentive package makes the Garden State just as competitive as Georgia to attract film and television production businesses. The package also has something for almost any industry or project: from a small business looking to buy basic equipment, to a start-up looking for growth investment, to a corporation seeking a new home for hundreds of employees.”

Georgia currently offers film, television and digital entertainment tax credits of up to 30%. In addition, the state’s Entertainment Industry Investment Act provides a 20% tax credit for companies that spend $500,000 or more on production and post-production in Georgia, either in a single production or on multiple projects, and an additional 10% tax credit if the finished project includes a promotional logo provided by the state. If a company has little or no Georgia tax liability, it can transfer or sell its tax credits. The tax incentives have attracted hundreds of productions since 2005, including Marvel Studios’ “Avengers: Endgame” and “Black Panther.”

Murphy emphasized that, in addition to offering tax credits of up to to 30% of eligible production costs, New Jersey also offers a subsidy of up to 40% for brick-and-mortar studio development. Murphy added that, with New Jersey’s “deep” talent pool, the state has the potential to become the major production epicenter on the East Coast.

“Though we have come so far in just a few years, we know there is tremendous opportunity for growth in New Jersey’s entertainment and production industries. One thing is clear: when it comes to social policies, corporate responsibility, and—not to be overlooked—economic opportunity, New Jersey is now a top contender for your business,” the letter concluded. “If you are looking to expand, relocate, or consolidate, we respectfully invite you to come experience all that the Garden State has to offer, including our shared values of protecting the constitutionally granted rights of our citizens.”

GET FOX BUSINESS ON THE GO BY CLICKING HERE

Some Hollywood heavyweights have said they would boycott filiming in the state of Georgia due to the legislation, including “Ford v. Ferrari” director James Mangold and “Star Wars” actor Mark Hamill.

Hollywood had a similar response to Georgia’s controversial “hearbeat bill” in 2019, though the outcry did little to sway studios’ minds about filming in the state. Meanwhile, in 2016, former Georgia Gov. Nathan Deal vetoed a religious-exemptions bill after studios and other companies threatened to leave if it went into effect.

“That would hurt middle class workers and people grappling with poverty,” King said. “And it would increase the harm of both racism and classism.”

Tyler Perry, who runs his own film and television studio in Atlanta, also addressed the calls for a boycott.

“I’m resting my hope in the DOJ taking a hard look at this unconstitutional voter suppression law that harkens to the Jim Crow era,” Perry said in a statement, according to the Hollywood Reporter. “As some consider boycotting, please remember that we did turn Georgia blue and there is a gubernatorial race on the horizon — that’s the beauty of a democracy.”

While some media companies have issued statements condeming Georgia’s new law, none have gone as far as boycotting the state altogether. ViacomCBS, the parent company of Paramount Pictures, was the first major media company to speak out.

“We unequivocally believe in the importance of all Americans having an equal right to vote and oppose the recent Georgia voting rights law or any effort that impedes the ability to exercise this vital constitutional right, the company wrote in a statement posted to Twitter. “Increasing voter access and civic engagement is one of ViacomCBS’ core social impact pillars and we will continue to educate the public on the importance of an open and fair voting system through our programming and extensive partnerships with grassroots organizations that promote and increase participation in elections.”

Statements from AT&T, which owns WarnerMedia, Warner Bros., and Atlanta-based CNN, and Comcast, NBCUniversal’s corporate parent, immediately followed. However, rather than focus specifically on the Georgia legislation, the statements more broadly addressed the right to vote.

“We believe the right to vote is sacred and we support voting laws that make it easier for more Americans to vote in free, fair and secure elections,” AT&T CEO John Stankey said in a statement. “We understand that election laws are complicated, not our company’s expertise and ultimately the responsibility of elected officials. But, as a company, we have a responsibility to engage. For this reason, we are working together with other businesses through groups like the Business Roundtable to support efforts to enhance every person’s ability to vote. In this way, the right knowledge and expertise can be applied to make a difference on this fundamental and critical issue.”

“Voting is fundamental to our democracy,” Comcast said in a statement. “We believe that all Americans should enjoy equitable access to secure elections and we have long supported and promoted voter education, registration and participation campaigns across the country to achieve that goal. Efforts to limit or impede access to this vital constitutional right for any citizen are not consistent with our values.”

Meanwhile, Disney and Netflix have not released statements on the legislation. Representatives from both companies did not immediately return FOX Business’ requests for comment on Murphy’s letter.

This story was first reported by the Wall Street Journal 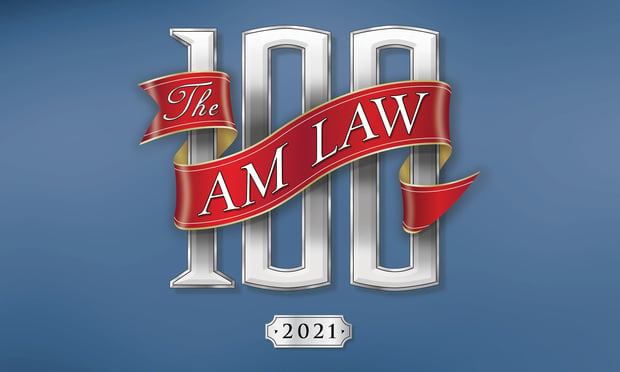